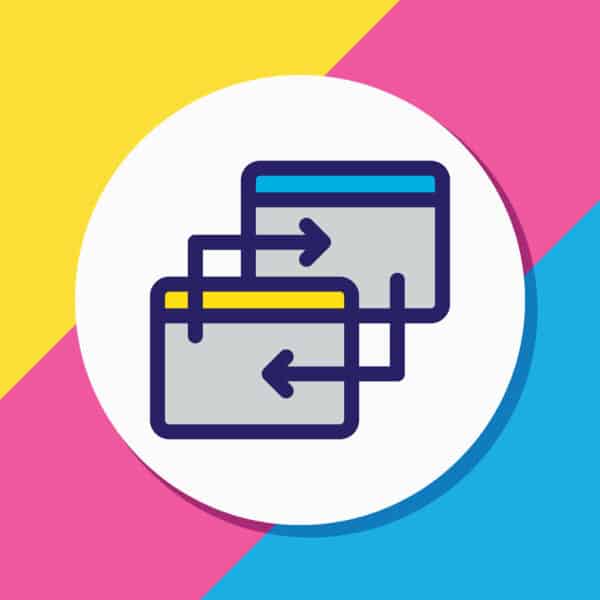 By The BBS Agency

There is a big difference between content plagiarism and resharing content properly by giving the original author credit. I (hopefully) don’t need to warn you about the pitfalls of content plagiarism, but you can read some pretty serious examples below. Not only can content plagiarism result in lawsuits, it doesn’t do a single thing to grow your brand. Maybe it will result in clicks, but crickets will come after when the audience sees that you don’t have anything else like that. Instead of copying and pasting an article from someone else, consider how you can take the information and spin it in a way that your particular audience would find helpful or entertaining. If you find an article that is helpful to you and think your audience would find interesting exactly the way it is, feel free to share it while linking back to the original author, exactly as we do here. If you have any questions about how to reshare content properly or want us to handle it for you, reach out to us at Prebuilt Sites or The BBS Agency. We’d love to help you out!

FuckJerry was a meme juggernaut. The Instagram account, founded in 2011, was charging advertisers tens of thousands of dollars for access to its 14 million followers. By 2019, however, it had a problem. The company’s strategy—pumping out dozens of videos and pics per week—had left attribution by the wayside. As a result, the original creators began to kick up a media stink.

“FuckJerry’s value is their 14.3m IG followers,” wrote comedy editor Megh Wright on Twitter. “If some celebs with tons of IG followers posted a message urging their fans to unfollow and inspired a boycott, maybe a dent could be made in that 14.3m. It’s a start?”

Within hours major celebrities did denounce FuckJerry, and the hashtag #fuckfuckjerry went viral. The firm’s founder Elliot Tebele soon announced that he would overhaul his content output, asking for permission to repost and tagging original creators. “We want to do the right thing by creators by seeking permission and giving them the credit they deserve,” he said.

Almost three years later, FuckJerry weathered the storm to continue aggregating memes to an Instagram flock of 16.3 million (at the time of writing). However, by no means should all content marketers seek to emulate them. The pitfalls of content plagiarism are huge. And they’ve been around since long before the Internet.

The word “plagiarism” comes from the Latin “plagiarus,” meaning “kidnapper; seducer; plunderer.” The Greek philosopher Aristotle claimed in the 4th century BC, “Imitation is natural to man from childhood (and) the first things that he learns come to him through imitation.”

In 80 AD, the Roman poet Martial was hardly flattered by the mimicry of fellow bard Fidentinus when he accused the contemporary of ripping off his work and taking credit for it. Martial wasn’t irked that his work had been copied per se; rather that he hadn’t been paid.

“If you’re willing that they be called mine, I’ll send you the poems for free,” he told Fidentinus. “If you want them to be called yours, buy this one, so that they won’t be mine.”

For centuries after that, copying wasn’t frowned upon but lauded as a vital role in disseminating religious, scientific, and literary works. Even the invention of the printing press in 1440 did little to shift the high status of copiers the world over. Luminaries like Da Vinci and Shakespeare openly copied the work of their peers.

English satirist Ben Johnson introduced plagiarism into the English lexicon in 1601, describing it as literary theft. In 1709 the British parliament ratified the Statute of Anne, the world’s first copyright act that granted book publishers exclusive rights to their content for an initial 14 years.

Europe’s subsequent Age of Enlightenment amplified the importance of the individual and the stewardship of ideas. “Originality,” wrote Benjamin Franklin, “is the art of concealing your sources.”

Copying found its modern patient zero in Larry Tesler, a New York computer scientist who implemented a method of copying and pasting text onto a device’s memory in 1976. Years later, the ubiquity of the Internet ensured that one could copy and paste any number of eureka moments, from any corner of the planet, in milliseconds.

Aggregators arrived on the digital scene in 1999, when Netscape introduced RSS, or Really Simple Syndication, to pull together in one place content from disparate corners of the Web. A few years later, the New York Times’ adoption of RSS was seen as a “tipping point” for the format.

RSS feeds are still popular today. But social media platforms have overtaken them as Internet users’ go-tos for new information. Those platforms have done little to discourage plagiarism. Facebook recently released a list of its top 20 most-viewed posts. Only four were original content. One was deleted. Fifteen were created elsewhere and tweaked or reposted without credit.

Last month Google processed its five-billionth takedown request from copyright holders. Only a tiny fraction will stick. Brands like FuckJerry, TheFatJewish, Barstool, and LadBible have racked up millions of clicks, hits, and dollars doing little more than aggregating—or some might say stealing—content.

We are living in a golden age of plagiarism. Following in Fidentinus’s footsteps, however, carries some pretty huge risks.

No country for old memes

Highsnobiety is a leading streetwear blog and media brand headquartered in Berlin. It combines news content with profiles, fashion shoots, affiliate content on sneakers and other clothing, and original, long-tailed interviews. It might be tempting to chase the clicks generated by a top news story, says the company’s director of content Matt Carter. But not all clicks are created equal.

“The aggregating of content is really for traffic, for awareness, reach, and daily news,” Carter explains. “The longform, original content is for brand-building. It might not get the same kind of traffic as a news post. But it will have a longer brand impact because if it’s really good, it will get picked up and carry our brand more than a news post: everyone’s talking about it.”

Carter’s team might praise and share a great New York Times story via Twitter or Facebook. But they would “never” repost anything without crediting the original author, either on the Highsnobiety website or its social media channels. “It has a really bad brand effect: it’s basically just stealing. Our news team will find the stories or the topics that are trending that day, then ask as a brand what’s our angle, what are we saying, what does the readership expect from us? Then you rework it into your own words, your own brand ideals.”

In other words: plagiarism might work to generate clicks and perhaps even advertising money. But it’s a poisoned chalice for those looking to build a brand identity, loyalty, and awareness. “While using other people’s content can lead to some ‘good’ results, the potential harm is too great to risk,” says Anne Gynn, of Cleveland-based content newsletter The Tilt.

“Content creators must earn the trust of audiences if they want to grow and increase engagement,” she adds. “By using other people’s content, they risk getting discovered and losing any and all trust they’ve earned. And that’s a far bigger audience killer than plagiarized content is an audience builder.”

The rise of plagiarism software such as Grammarly, PrePostSEO, and Duplichecker means users are becoming savvier when it comes to spotting ripped-off content. It also gives marketers an extra line of defense against potential copyright infringement. “More companies would benefit from using them,” says Gynn. “Of course, there’s also a caveat: Check the analysis to better understand what is considered plagiarism. In some cases, it may detect a commonly used phrase and cite that as plagiarizing.”

It goes without saying—just ask FuckJerry—that to avoid user backlash and lawsuits, make sure to summarize information from a post rather than copy/paste, and always provide a link to the original source. That said, nothing is a substitute for originality. “Truly original content, and authentic thought leadership, is content marketing gold,” says Clive Reddihough, of British content marketing firm FMS.

“Audiences are always looking for the new, different, and interesting,” he adds. “Often original content comes from a new piece of research, new stats that have just become available, or a new initiative that is being implemented in an industry.”

Google can blocklist pages it deems to have plagiarized content, dropping them out of search engine results and sending affiliate marketing opportunities plummeting. Highsnobiety’s Carter believes the “golden traffic time,” when anything posted to Instagram, Twitter, or Facebook would get likes, is over.

Having emerged from its own plagiarism row in 2019, Barstool Sports has excelled off the back of original articles and video content. LadBible, HuffPost, and other brands that have rested on aggregated clickbait, on the other hand, “don’t actually have anything proprietary,” says Carter. “I’d be surprised if LadBible is around in ten years…it’s just copy-pasting other people’s content.

“Once the clicks dry up, you’re left with nothing else.”

We are in the business of helping other businesses succeed through WordPress Consulting, Coaching, Design, & Development.