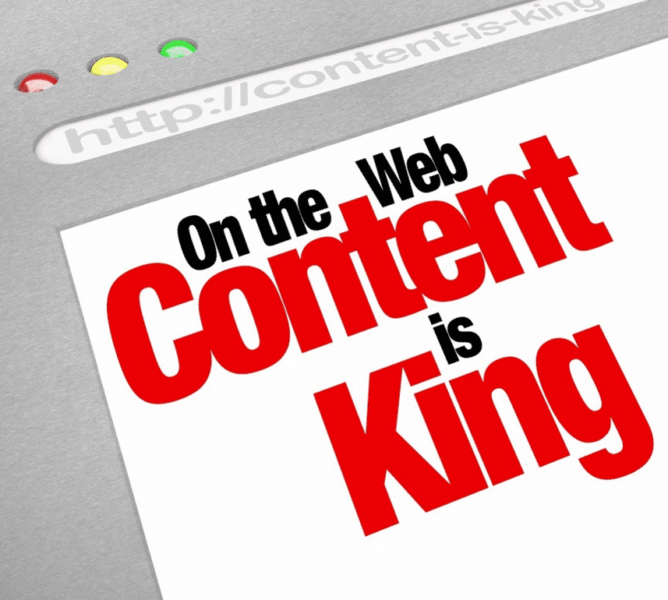 Search Ranking Is A Battle

Anyone who has ever dealt with a website knows that the front page of Google is akin to the Garden of Eden. Paradise for those who are there, and a source of envy for everyone who wants in. Google has done a fantastic job over the years of revising their search algorithms so that only the best and most relevant links appear at the top. But not even Google is perfect, over the years their algorithms have been abused by “Immoral Nerds Who Make Millions Of Dollars Off The Search Engine Giant.” Here’s a look at how and why they were able to do this, and the ridiculous amount of profit they made.

Before we had Google Panda and Penguin we had Google’s original algorithm “Page Rank.” Named after Google founder Larry Page, Page Rank was a simple way to gauge how a website stacked up against the rest of the web. Rankings were based on how many other sites linked to a webpage, and how influential those links were. “PageRank works by counting the number and quality of links to a page to determine a rough estimate of how important the website is. The underlying assumption is that more important websites are likely to receive more links from other websites.” 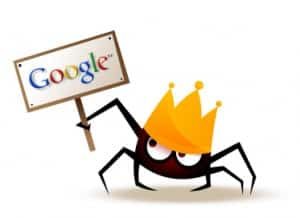 While in theory this seems like a good way to rank the web, after all the most important sites are sure to be talked about, it didn’t take long for people to realize there were ways to play the system. There was no cap to the link system so hypothetically a page could get an infinite amount of links and easily climb the ladder that is the first page of Google. This hypothetical quickly turned into a reality as people realized just how much money there was to make with this power. Getting to the front page of Google the right is not easy, it takes time, planning, and resources. So when someone found a way to climb the rankings with essentially the click of a button, hundreds of people signed on.

Jeff Deutsch is one of those people who fought against Google, building a seemingly endless swarm of blogs that linked back to whatever site he was paid to promote. He published an extremely interesting story about his life as a spammer. His story is like “The Wolf Of Wall Street” but online – “The Wolf Of .Com”

Google Drives A Lot Of Money

Because when the spam industry was moving it was really moving.

“Sales of our SEO SaaS subscriptions peaked at around $150,000 a month in subscriptions.”  This was in 2009, before the huge boom of SEO and Content Marketing that has emerged in past years. That’s just 2 people offering their service over shady forums on the internet. This quote shows just how much their service was worth:

“Dozens of guys using our service quit their day jobs to open up SEO businesses that relied almost exclusively on our service. Our biggest client, an SEO company that offered reputation management services for celebrities in Mexico, was paying us $25,000 a month and probably charging its clients up to 50 to 100 times more than that. I only realized how hard they were balling when they showed up on the Inc. 500 list in 2012.” 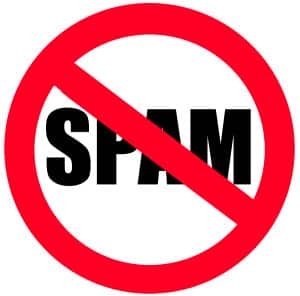 Obviously Google couldn’t let this go on. They were not about to let spammers corrupt their new search engine. Matt Cutts was the head of the Google web spam team at the time. Cutts has long been considered one of the best in his field. His name is on one of Google’s earliest patents related to search engines and web spam as “co-inventor,” and in 2006 The Wall Street Journal published an article that said Cutts “is to search results what Alan Greenspan was to interest rates.” Cutts is so dedicated to his work that when Google violated their own rules and subsequently got downgraded in Page Rank, he defended the decision. 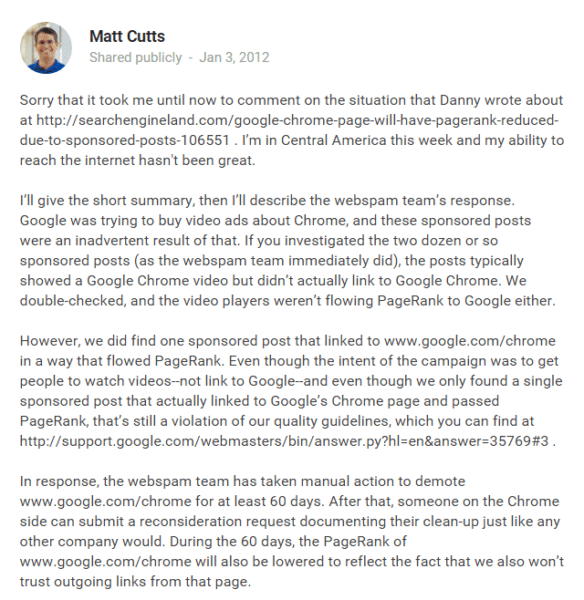 So obviously someone who would punish an offshoot of their own company would have no remorse for spammers. Google was able to easily locate and destroy the blog network once they caught wind of it.

That was 7 years ago. Since then the quest for front page has only gotten more difficult. The internet has exploded in popularity and shows no signs of slowing down. The worlds most successful search engine has proved that they will continue to fight for the most relevant page rankings possible. As Jeff says at the end of his blog he is now an inbound marketer at Ptengine, so even one of the most successful spammers of a generation knows that Google always has the last laugh.