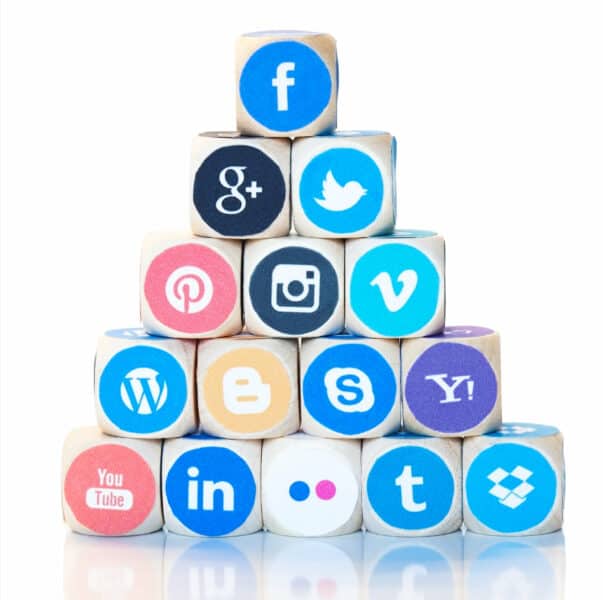 By The BBS Agency

Which company is better for content marketing: Google or Facebook? First and foremost I’d like to mention that it’s important to share your content across multiple platforms as that allows you to reach the greatest number of people. But not all platforms are created equal, so let’s do a mini showdown of Google vs Facebook. Facebook may be the relative baby here, having been founded in 2004. Few would argue it has shaped society any less than its neighbor, however. While the two fare pretty comparably, Google earns just one more point than Facebook does. Google has continued to be innovative over the years and help users find the answers to their questions as quickly as possible. They’ve listened to their users a lot more than Facebook, who is often in the limelight for changesthat aren’t quite so successful. Facebook, however, is a much more social savvy platform, which has led to successful campaigns. If you have any questions about your marketing strategy or want us to handle it for you, reach out to us at Prebuilt Sites or The BBS Agency. We’d love to help you out!

Have any companies shaped the digital era more than Google and Facebook? For better or worse, it’s unlikely you’re reading this article without interacting with their products. Since its foundation in 1998, Menlo Park-headquartered Google has won the search engine war so consummately that it’s now a verb. Today it has so many wings that when this writer googled “google wings,” the first result was a drone delivery company called Wing, owned by Google parent Alphabet.

Google Chrome, Gmail, YouTube, and Google Pixel are just four of dozens of ventures into which the giant has strayed—few of them unsuccessfully. Of course, one could argue that Google hasn’t always lived up to its core “don’t be evil” message. But it has rarely taken a moonshot and missed (“moonshot” is a term adopted by Google for its most ambitious projects, duh).

Facebook may be the relative baby here, having been founded in 2004. Few would argue it has shaped society any less than its neighbor, however. The platform, whose parent firm was last year renamed Meta, now has almost three billion users in every country on Earth. Rather than pursue Google’s in-out expansion, Facebook has bolstered its own innovation by buying other social media platforms, the biggest of which are WhatsApp and Instagram.

Facebook has come under heavy fire for political manipulation, hate speech, and other antitrust issues. Yet its founder Mark Zuckerberg has recently set his eyes on an altogether different goal: Web3. Facebook’s pursuit of wearables and the “metaverse” has confounded as much as excited. Let’s take a look at how both companies communicate their latest utopian vision.

Google is a company pinned on innovation, whether that involves AR glasses, self-driving cars, or spaceships. Unsurprisingly, it chooses to communicate this via its own company YouTube, which racks up billions of millions of views. Its Year in Search—an emotion-laden roundup of the year’s news—is an Internet fixture.

Projects like Maps, Books, and Earth feel like digital updates to the Library of Alexandria and the cartography of Marco Polo. However, perhaps the company’s most significant marketing innovation is using sites like Media Labs as giant white papers. They offer tutorials, stats, and features to digital marketers for free. Thus Google can act as a paternal online figure and direct users to pay-to-play products.

Since its 2004 foundation, Facebook has sought less to innovate outright than tweak and bolt things onto its basic social media offering. As a result, even its branding has changed very little. Acquisitions of platforms like WhatsApp and Instagram are less innovative than they are attempts to monopolize the social media industry by gobbling up competitors. Its marketing reflects this. Last September’s YouTube campaign Not Wasting My Twenties, created by Portland agency Wieden+Kennedy, bagged just 42,000 views. A similarly-timed Google Maps collaboration with the Navajo Nation has almost 900,000.

Google’s YouTube content is an endless barrage of entertaining content. Its evocative 2019 campaign 100 Billion Words, which aired at The Big Game, managed to imbue a translation program with genuine emotion. It does quirky well, too, with ads like 2010’s Speed Test that pitted Chrome against a potato strapped into a wacky Rube Goldberg Machine.

Mark Zuckerberg usually places himself, Steve Jobs-style, in the center of Facebook’s campaigns, which can often feel a little stilted. Yet October’s ambitious pivot to the metaverse has prompted the company to get more creative. Meta aired a bizarre ad at this year’s Super Bowl: an animatronic dog was thrown in a trash compactor before being saved by a Quest 2 user. Too little for this contest, but a step in a more innovative—if weird—direction.

As the planet’s leading social media brand, it would be mad for Facebook not to be socially savvy. Looking at the posts on its official Instagram and WhatsApp channels, it’s clear the company knows exactly who its users are.

In 2016, Facebook Live courted celebrity hook-ups with over 100 deals. Since then, it has focused on user-led campaigns, plucking influencers and others from relative obscurity.

Google’s own Google+ platform may have shuttered in 2019, but its social media presence elsewhere hasn’t slowed. Google Arts and Culture features a raft of games, quizzes, articles, and celebrity campaigns, including one with actors Gal Gadot, Dwayne Johnson, and Ryan Reynolds, aired on Instagram and other platforms.

Despite its recent Web3 plans, Facebook might be the king of consistency in Silicon Valley. Even its iconic cobalt-and-white logo has barely changed since the platform was a hastily-hashed university spin-off. There is scarcely a human being on Earth who doesn’t recognize Facebook’s brand. Given the fact that its user base dipped last year for the first time ever, that may not be all good.

Google’s red, yellow, green, and blue logo has remained iconic despite countless tweaks, innovations, spin-offs, and widgets. Its motto “don’t be evil” might seem a pretty low moral bar, and the firm demoted it to the back of its code of conduct. But it belies a profound message about the company’s marketing as a benign force, operating in the background with a mild marketing voice. Think about the Google Doodle or the gentle editorial of Think with Google and other open-source portals aimed at professionals.

All of which is great. But for consistency that hasn’t sacrificed a shred of brand awareness, Facebook just about shades this round.

Facebook’s impact as a company is undeniable (and not always positive: some say that coups, corruption, and violence from Myanmar to Mexico have been steered or enhanced by the platform’s use). But as a marketing machine, the company leans too hard on the omniscient image of its founder, and its video and celebrity campaigns can feel a little underwhelming. Gambling on the metaverse should see the firm adopt a more commensurately daring marketing attitude. And as platforms like TikTok threaten its core business, expect more off-piste use of influencers and brand ambassadors from developing nations.

Google has proven that it is the more innovative and consummate marketing performer. From Google Doodles to moonshots and the sponsorship of science competitions, the company is always looking ahead and building a futurist brand image. Add to that its hundreds of successful and creative video campaigns, and there can only be one winner of this contest.

Google and Facebook have changed our world forever, but in wildly contrasting ways. However, when it comes to marketing, we prefer Google’s cool confidence underpinned by genuine communication innovation over Facebook’s shouty-but-oftentimes-confused messaging. It can often seem like Facebook is marketing to social media metrics, whereas Google is speaking to a wider sense of wonderment with its leading-edge tech.

We are in the business of helping other businesses succeed through WordPress Consulting, Coaching, Design, & Development.